In order to better stimulate work passion of the employees, enhance cohesion and team spirit deeply, Yuanjing Automation had the outdoor training at Xunliao Wanhai Park of Huizhou on August 13 to carry out seaside expansion activities for two days.

Expanded training was the training process for growth and value increasing of modern team. The training focused on two major themes of “exceeding oneself” and “unity and mutual aid” and mainly implemented icebreaking team, mien expression, south water to north, coach speech and life safety class.  Before the training was implemented, the collective was divided into five squads:  “Flying dragon squad”, “advancement squad”, “warrior squad”, “flying tiger squad” and “sailing squad”. All squads were not only competitors of each other but also companion for implementing larger and more formidable task. Every squad had a flag representing the honor of each squad on which the name and slogan of the squad was written. The purpose of forming the squad was to “break the ice, preheat the squad and release self” to encounter better self and organize the better squad.

No.1: flying dragon squad with the slogan: Unite as one to brave for gold nuggets. No.2: advancement squad with the slogan: Forge ahead

No.3: warrior squad with the slogan: Get the first place for ever

No.4: flying tiger squad with the slogan: Win every war No.5: sailing squad with the slogan: Climb the mountain to fight tigers and go to sea to catch sharks

Before the training was conducted, the instructor asked the trainees to put aside the work for the time being. Regardless of position, age, sex, he led us to play the game. Through easy and interesting warm-up exercise, interaction was made among different departments, old and new employees to remove the feeling of strangeness, close the gap and harvest friendship so as to make physical and mental preparation for training of the whole day.

With the training deepening constantly, the enthusiasm for training of the fellows rose highly. “South water to north” made everybody fully believe and feel the importance of team members, experience communication with body languages and psychological process and perception. During the whole process, every member was required to encourage mutually, dare to challenge and obtain high scores. It helped everybody to understand that success was based on common efforts and joint support of the team. The second item of expended training was coach speech. The purpose of the item was to instruct the employees to obey the command for every action and everything should focus on team cooperation and eliminate individualistic heroism whether in work or in team cooperation. 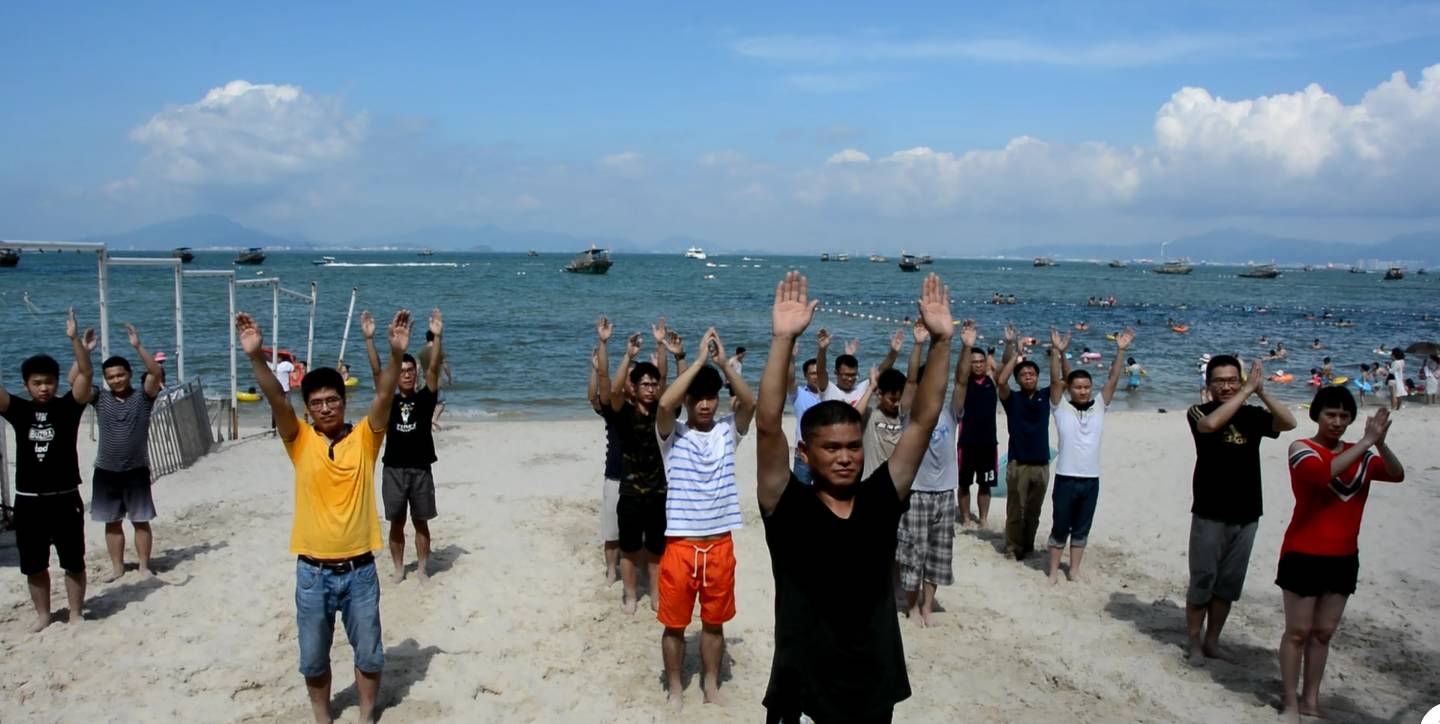 The third item of expended training was life safety class. We were lucky to invite the instructor for life safety education from the Ministry of Education and national-level swimming coach to introduce nasal sinus acupoint, Neiguan acupoint, Gu acupoint and the practical method for saving drowning personnel. The training made the abstract first aid knowledge become concrete practice through vivid case, fingers and dictation, simulation of actual operation. The fellows on the site concentrated on with high passion. They wrote down as listening and showed great interesting.

The expanded training ended perfectly and the fellows were excited and happy with full harvest.

The expanded training enabled everybody to release pressure in outdoor competition, enjoy delight and ignite cohesion of the squad. We gave thanks to every instructor for expanded training. They provided chance for fellows to know self again and understand the strength of the squad. Thanks were given to Yuanjing Company for providing such a good platform and opportunity for training. Every link during the expanded training, whether it was implemented in the squad, made us fully realize the importance of team cooperation. This not only enhanced the sense of trust, sense of responsibility and sense of group honor but also improved our confidence, communication ability, and leadership and team-work ability, understand our potential energy and cultivate the will to defeat difficulties. We will advance shoulder to shoulder in the future. Yuanjing will become more wonderful with you!

Prev : basketball friendship contest Next : Tourism Activities of Yuan Jing Company - A Tour to the Gold Coast of Hailing Island